“Jumokuso” is a new style of cemetery housing natural burials in Japan.

Jumokuso is a new style of cemetery which started at the Chishou-in Monastery (formerly Shoun-ji Temple) in Iwate in 1999. Trees are used instead of tombstones for grave posts when burying ashes. 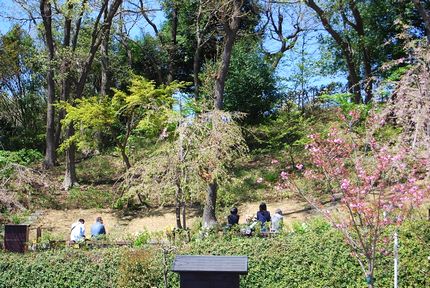 Other facilities to include Jumokuso (in Japanese)

The first natural burial ground in Japan. The concept is “loved ones reborn as flowers.” Flowers such as azaleas and flowering trees are planted in place of tombstones and setting artificial memorials is prohibited.
http://www.jumokuso.or.jp/

The NPO Ending Center opened Sakuraso in the Machidaizumi Public Cemetery. Sakuraso is a variation of Jumokuso in which the primary symbol is the cherry tree.

There are various blocks for Sakuraso and for Jumokuso as well. Every April when the cherry trees flower a mass funeral called Sakuraso Memorial is held.
http://www.endingcenter.com/ 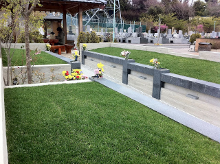 A Jumokuso specifically for the recovery of the local village’s ecosystem. It also serves as a resting-place for a large part of the Tokyo metropolitan area. A sightseeing bus tour is popular.
http://shinko-ji.jp/jumokuso/ 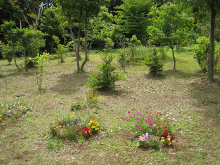 Through the management of this Jumokuso we engage in the recovery of the local farmlands, environmental preservation, and provide livelihood support to underprivileged children. A selection from 40 types of flowering trees to serve as a grave post is available.
https://tentokuji.jimdo.com/

A Jumokuso where one can select one’s favorite tree to plant, such as camellia or dogwood. Burial with pets is also possible.
http://koushouji.jp/jumobo.html

A Jumokuso where one can choose a tree and plant it with undergrowth instead of a tombstone in the center of the plot. If desired stone plates are permitted as well.
http://ichiharaminami-reien.or.jp/ 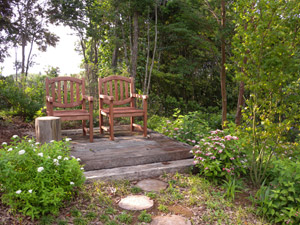 Normally in Japan, Jumokuso is hosted by either a public cemetery or a temple. However this special Jumokuso is mainly hosted by a Shinto shrine. Thus it is protected by the Gods of the Grand Shrine of Izumo.
http://www.fukuharareien.com

Visitors can relax from the sound of the Suikinkutsu(water-bell), and can get a whole view of Kyoto city from this cemetery.
http://www.d4.dion.ne.jp/~saijuji/

This Jumokuso in Tofuku-ji Temple is called “Zinenen”. The funerals performed here resemble the classic funerals of the Nara era, when the Manyousyu, “The Collection of Ten Thousands Leaves” was written. Loved ones will be buried under a traditional type of bamboo called Koguma-sasa.
http://www.sokusyuin-sizensou.com 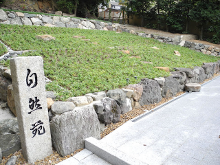 A Jumokuso on the sub temple grounds of Toufuku-ji Temple. Weeping cherry and maple are primarily used here.
http://www.shogoin-jumokusou.com/ 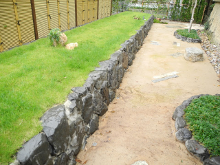 Kabusan-ji Temple is famous for its Japanese maple. Visitors can listen to birds singing in Mother Nature. Managed by the NPO Ending Center, it is the first Sakuraso in the Kansai region.
http://osaka.sakurasou.org/index.php 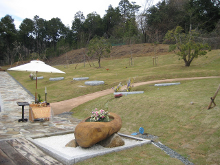 One of the few Jumokuso in the Chugoku region. After burying ashes in undeveloped woodland near a populated area, one plants a memorial tree.
http://www.geocities.jp/jumokuso_hagi

The first Sakuraso in the Kyushu region, in which cherry trees are used.

The first natural burial ground managed by Tokyo Prefecture. In 2012, a Jumokuso for mass funerals opened, then in 2014 a Jumokuso for individual funerals will open as well.
http://www.metro.tokyo.jp 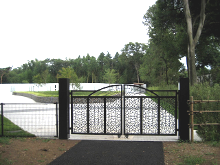 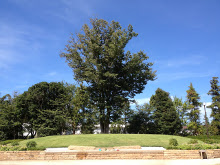 Produced and managed by Yashiro Corporation. Memorial services are conducted by a Buddhist temple for 13 years for the repose of a departed soul. This service is called “Eitai-Kuyou”.
http://www.yasiro.jp/ 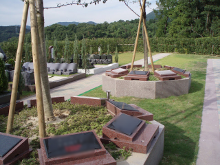 Produced and managed by Ohno-ya Corporation. The memorial service of “Eitai-Kuyou” is performed in perpetuity by a Buddhist temple, for the repose of a departed soul.
http://www.ohnoya.co.jp/